The Owner Of Mayfield Consumer Products is a Murderer For Profit

Factory workers threatened with firing if they left before tornado, employees say

Exclusive: At least eight people died in the Mayfield Consumer Products candle factory. Its destruction has become a symbol of the tornado's ruinous power.

As a catastrophic tornado approached this city Friday, employees of a candle factory — which would later be destroyed — heard the warning sirens and wanted to leave the building. But at least five workers said supervisors warned employees that they would be fired if they left their shifts early.

For hours, as word of the coming storm spread, as many as 15 workers beseeched managers to let them take shelter at their own homes, only to have their requests rebuffed, the workers said.
Click to expand...

I was reading about this last night. If it comes to light that it's true, that company is done.

There's also an Amazon warehouse that collapsed where similar rumors are being spread.

I find it hard to believe anyone could be so stupid in the face of an emergency like that, especially when you can literally hear the sirens going off.

If it actually happened, people need to go to prison. For years.

Meanwhile, there's this guy - restoring our faith in humanity.

Gomez Adams said:
There's also an Amazon warehouse that collapsed where similar rumors are being spread.
Click to expand...

And here you go: 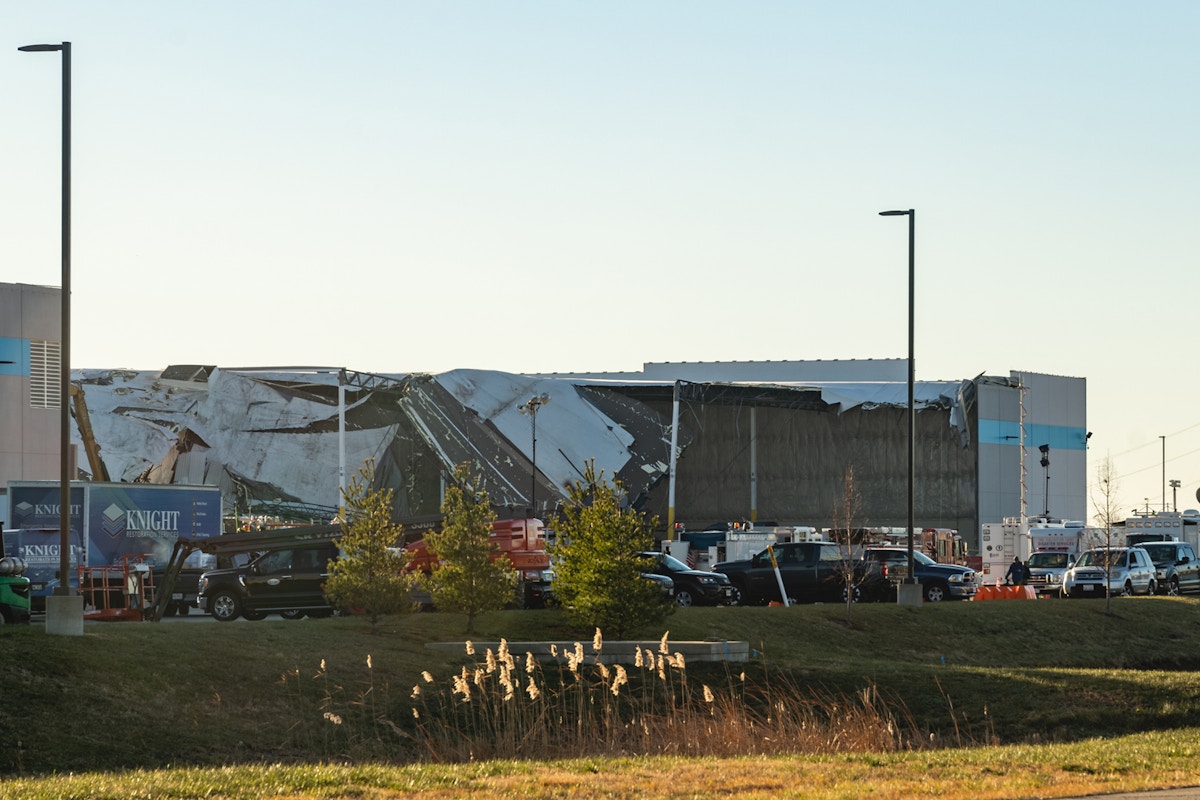 Amazon employees have been discouraged from taking time off for natural disasters because it would slow down production.


THE DAY AFTER an Amazon warehouse in Edwardsville, Illinois, collapsed amid Friday’s tornado, killing six workers, an Amazon employee in a fulfillment center in neighboring Indiana took to the internal message board to vent. “I know it’s the weekend and Amazon was busy blasting Michael Strahan and other wealthy people into space but can we get any kind of statement about the ‘mass casualty incident’ in Illinois,” the employee wrote Saturday afternoon. “I feel something could be said or a plan of action to review tornado and [severe] weather safety could be announced,” adding that “we had tornado touch downs not far” from the Jacksonville, Indiana, fulfillment center.​
and


Many workers, all of whom requested anonymity to protect their jobs, said they had never had a tornado or even a fire drill over the course of their careers at Amazon, dating back up to six years. Several expressed that they would be unsure of what to do in an emergency. In one case, an Amazon contractor, fearing Hurricane Ida, asked to go home early but was told that leaving would adversely affect their performance quota.​
Reactions: Hugo Stiglitz and Zeedox

Fucking assholes. We have a fire drill once every 6 months and emergency building evacuation prepardness meetings once per year. The only exception to that is new hires. They're walked through all of it on their first day. It's not like the company does it out of the goodness of thier heart. It's the fucking law.
Reactions: Gomez Adams
You must log in or register to reply here.
Share:
Facebook Twitter Reddit Pinterest WhatsApp Email Share Link
Top Bottom