Folks, if you live in the Charleston, South Carolina area and you want to have your classic car restored, there is one shop you DO NOT want to even consider: Nostalgia Garage. It is the most inept, overpriced, excuse making collection of village idiots this side of the Mississippi. (Quite possibly, both sides of it.) This is going to be a long read, so grab a coffee, tea, beer, whatever your drink of choice is and get comfortable.

To set the stage on this, here's the background:

My dear friend in Charleston has a brother named John (nicknamed Cricket, but that's a whole different story.) Cricket wanted to have a 1966 Chevelle completely restored, so he bought one in reasonable condition and took it to Nostalgia Garage to have it completely restored and gave them $40,000 to get started on it. This was in late 2015 - early 2016, folks.

Cricket has had a lot of health problems over the last few years. He's had a stroke, a broken hip, pancreatic cancer...it's been a really tough row to hoe for him. Needless to say, he's not been able to keep up with hardly anything, let alone a car restoration. He would receive letters and phone calls from Nostalgia Garage about needing more money and he would send it, no questions asked.

He just wanted his car.

So my friend and her husband Wayne decided to look into it. They were finally able to put together a loose leaf binder chock full of receipts, estimates and the like and they asked me to look at it.

It was, for lack of a better description, a case study in how to rip someone right the hell off.

So after I look through this whole thing, Wayne and I ride up there to look things over. Wayne is as good as they come. If you get him mad at you, you've accomplished something.

Pretty much the entire time they've been asking about this car (for the record, my friend has power of attorney now, so she legally has full control of this situation) they would get the runaround from Tony, the owner, about how he has personnel problems and how the setbacks are unavoidable. Let's take a look at some of what other people have said about Nostalgia Garage before we go further.

Notice these reviews are saying the same things over years of time. So nothing has changed. It's been that way since he opened. There comes a point where it's not the people you're hiring for years and years. It's just you.

So all of this in mind, one important note to make is that last year, after 4 years of being in the garage, Tony said the car was in "the final assembly area" and would be ready in "the next few months". Being very generous, that was supposed to mean it would be ready by no later than July, 2020.

When Wayne went up there just over two weeks ago, there was nothing. No engine, no transmission, no brakes, no nothing. Absolutely NOTHING done other than the paint job. Tony promised he would "get right on it" and Wayne said he'd be back in a couple of weeks to check progress.

Looking at the pictures Wayne took of the car at the time, I was concerned about two things:
So when we went up there together on 6/24/2021 I had two jobs:
Well, folks, one of the first things I noticed was how God awful the paint job was. Runs in it everywhere. As I was looking over the car, Wayne was talking to Tony. Tony saw me taking pictures of the ridiculously bad paint job and instantly started making excuses for it. Guess what he said. You're thinking he blamed the employees, aren't you? You're thinking he "just can't find decent people", aren't you?

Yep. That's exactly what he said. The "guy that did it" is "no longer employed here". He just can't find good people. He went on to state he'd fix it himself as he does "all the paint work" there personally.

My 8-year-old autistic spectrum son could do a better job than that. Just hideous.

What's more, there are parts inside the car still not painted/coated. Note the surface rust already setting in on the inside rear fenders:

We did make visual identification of most of the parts. They've been out of the boxes, sitting on shelves, covered in dust for years. That Holley EFI system he charged thousands of dollars for? Here it is:

The 4 speed transmission he charged thousands of dollars for? Here it is:

It's just ridiculous. These parts have obviously been laying around for YEARS. This isn't a personnel problem. This is a flat-out laziness problem.

What's more, he's trying to sell the garage and has been since February of 2021. 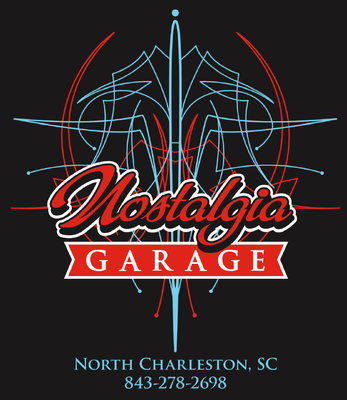 Maybe that's why he's not bothering to finish any cars; he's got the money so he'll milk it all out until the garage sells and then it's not his problem anymore.

Whether that's the case or not, do yourself a favor: avoid this place like the plague.

224,000 fucking dollars. That guy is a fucking idiot. No way it's worth that. I looked up the values on it and here it is.

The highest car ever auctioned brought 137,000. That fucker's got nearly double that in that car with runs in it. Another case of somebody have way more money than sense.
Reactions: Grimhogun

You're not wrong. We were looking at really nice '66 Chevelle's on the internet for 50 to 80 thousand.
Reactions: Hugo Stiglitz

No shit. I did some shit like that on a model rocket I painted. I was 8 or 10.
Reactions: Gomez Adams and Zeedox