NAIL-BITERS: Warnock takes the lead over Sen. Loeffler, and Perdue and Ossoff are in a virtual tie
https://cnn.it/2XclFsS

I’m up late watching this. You guys have to take over now. I’m heading to bed finally. 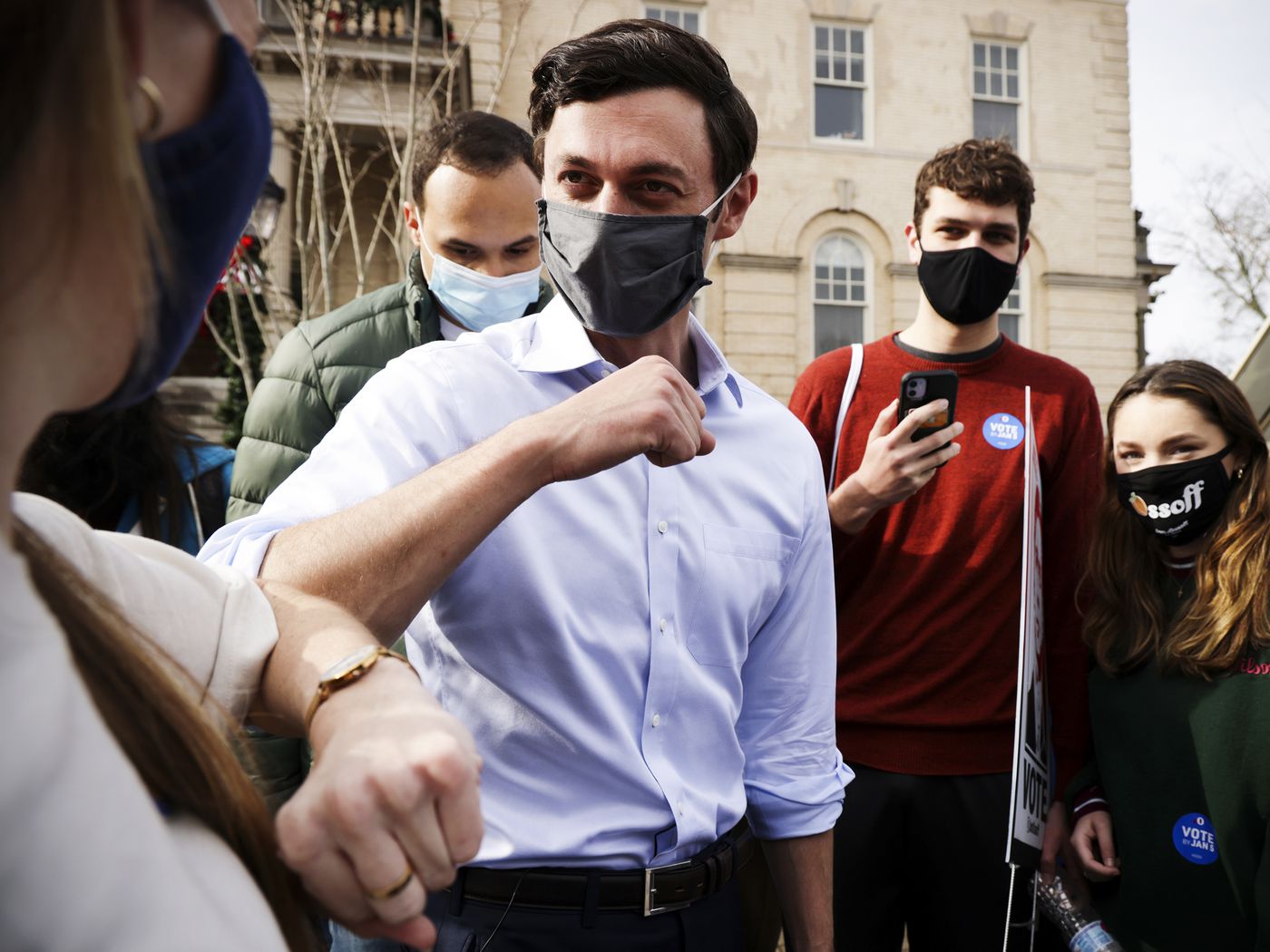 I knew Warnock had a chance and I'm not surprised he won.

They haven't called the Ossoff race yet. I expect him to lose. That it's this close and he has a chance is surprising to me. 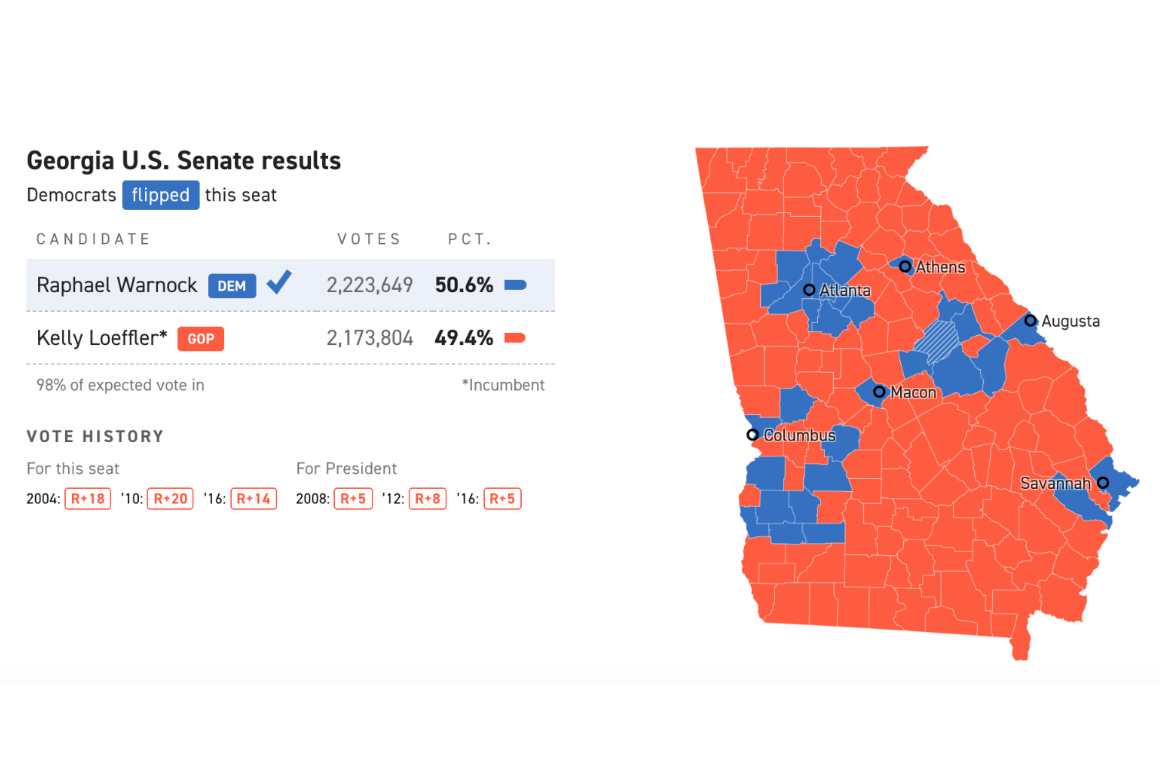 Fissures are forming as Republicans decide whether it's useful to cling to Trump — even as he tries to subvert an election — or to distance themselves.

Democrats have pulled off at least one Senate win in Georgia, with another likely to follow. And Republicans are pointing a frustrated finger at Donald Trump.

I don't tweet but someone should start a #TrumpsFault

There are some "Thanks Trump" tweets rolling though. Lots of them. Also, Eric Trump is trending, so that tells you how bad it is.
C

IF you assume Ossof has won, etc
Remember that if you have the Senate 50/50, with Kamala; that Joe Manchin, will fuck you over !!

Remember Joe Lieberman ? And, don’t forget Susan Collins and her games. And whoever else. Mitch will never give up.

But when there is a 50/50 split, the Vice President decides the difference. That means Mitch McConnell can't shelve anything anymore. All that legislation he's been simply shelving and not allowing on the floor for a vote, which is how he controlled things, is over if Ossoff wins.

That is McConnell's only power. I'll take whatever happens when it comes to the votes. It's simply getting legislation we need on the floor for a vote that matters.

You have to remember, most people are told and believe that McConnell doesn't let bills come up for a vote because they're not "for the republican base".

Now, once 2000 dollar checks comes to the floor, the republicans will have to vote against it to appease McConnell. They're not going to do that.

It's one thing to go on your local news and say, "I'd love to vote for 2000 dollar checks but the democrats aren't letting us vote on it".

It's another thing entirely for it to come to the floor, you vote against it, then you have to go on the local news to explain why.

Republicans don't like details. They're too simple minded for that. All they know is they didn't get 2000 dollars and they're told it's the democrats fault and they believe it. When it gets put on the floor, you watch. Republicans will cave like a house of cards in an earthquake and vote for it. They'll have to, regardless of what McConnel says.
Reactions: Zeedox
C

I just remember what happened last time we were like this. It was around 2000 with Tom Daschle and guys in the Senate etc. And they had sellouts among the democrats.

We my find just who you weak links are in your party in a heartbeat very quickly!!