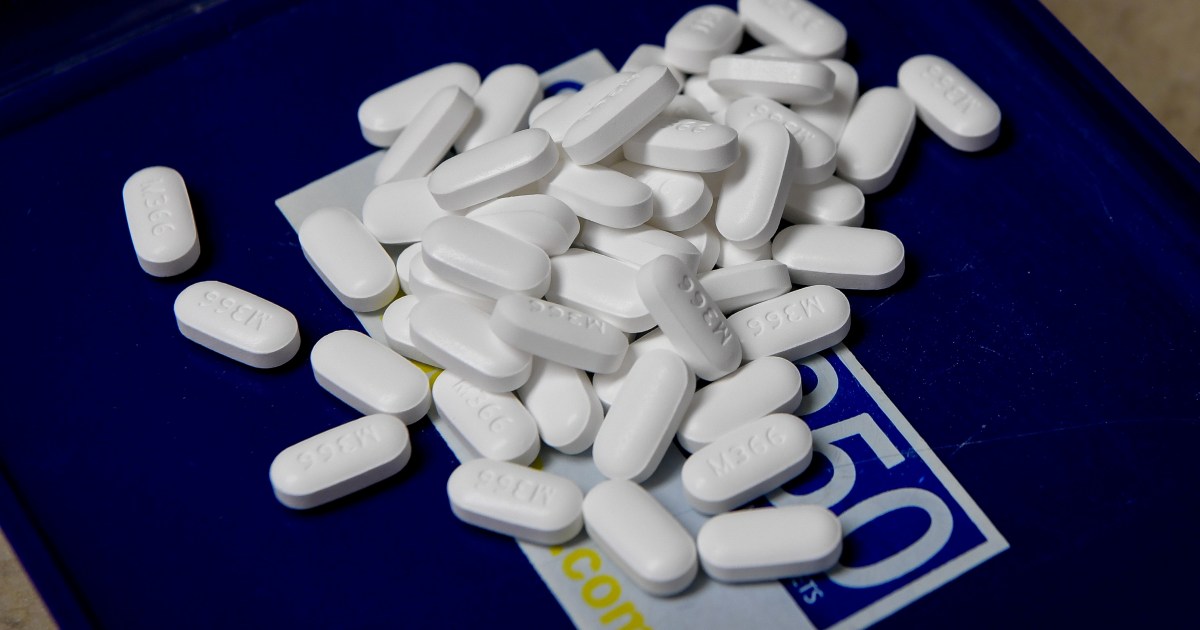 The deal is the second-largest cash settlement in United States history, trailing only the $246bn tobacco deal in 1998.

A group of state attorneys general in the United States has unveiled a landmark $26bn settlement with major US drug companies accused of fuelling a deadly nationwide opioid epidemic, but some states were cool on the agreement.

Under the settlement proposal released on Wednesday, the three largest US drug distributors – McKesson, Cardinal Health and AmerisourceBergen – are expected to pay a combined $21bn, while drugmaker Johnson & Johnson would pay $5bn.

“There’s not enough money in the world frankly to address the pain and suffering,” said Connecticut Attorney General William Tong, who added however that the money will “help where help is needed”.

The deal was the second-largest cash settlement ever, trailing only a $246bn tobacco agreement in 1998, and the largest unveiled in a multiyear legal effort to hold the industry accountable for the opioids crisis, which has caused more than 500,000 deaths in the US across the last 20 years.
Click to expand...

To them, that's nothing. It's just the cost of doing business. They made hundreds of billions of dollars off their legal drug pushing.
Reactions: Hugo Stiglitz and Zeedox

That's the shit. It's not just big pharma but all big business. They pay these big fines and people say it serves them right but they don't realize that the fines aren't jack shit. They pay a billion dollar fine on profits of half a fucking trillion over 30 years. They don't give a shit. Money well spent to them.

The insurance game is the same. It's not that we're betting you're going to live forever. We're betting you're going to fuck up and die in a way that isn't covered or pay us for 30 years then let the policy lapse or some other shit like that. If that didn't happen a whole lot the insurance industry wouldn't exist.
Reactions: Gomez Adams and Zeedox
You must log in or register to reply here.
Share:
Facebook Twitter Reddit Pinterest Email Share Link
Top Bottom