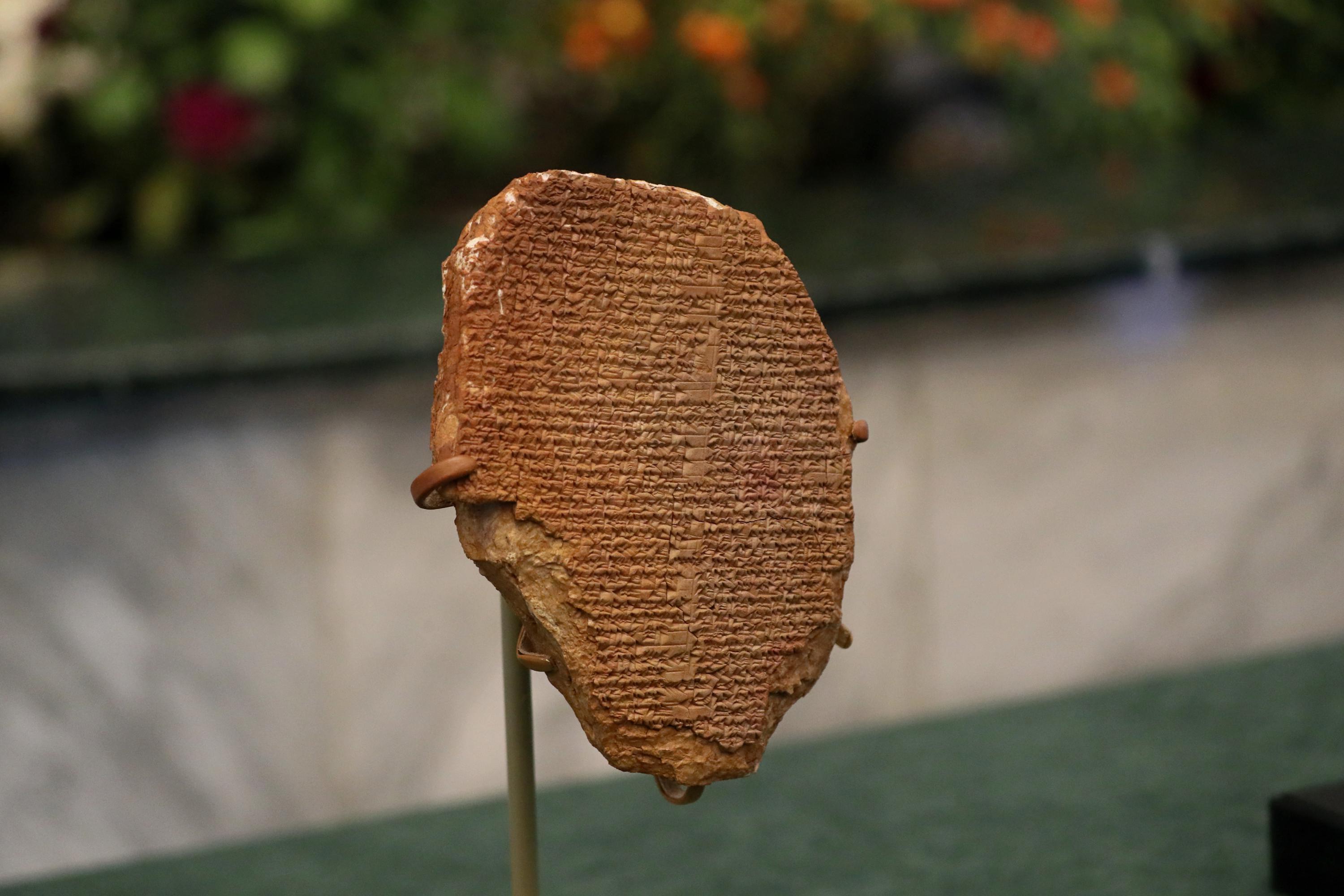 BAGHDAD (AP) — A small clay tablet dating back 3,500 years and bearing a portion of the Epic of Gilgamesh that was looted from an Iraqi museum 30 years ago and recently recovered from the United States formally returned to Iraq on Tuesday.

A small clay tablet dating back 3,500 years and bearing a portion of the Epic of Gilgamesh that was looted from an Iraqi museum 30 years ago and recently recovered from the United States formally returned to Iraq on Tuesday.

The $1.7 million cuneiform tablet, known as the Gilgamesh Dream Tablet, is one of the world’s oldest surviving works of literature and one of the oldest religious texts. It was found in 1853 as part of a 12-tablet collection in the rubble of the library of Assyrian King Assur Banipal.
Click to expand...

The Epic of Gilgamesh. What, When and Where: An epic poem concerning or (very) loosely based on the historical King Gilgamesh, who ruled Sumerian Uruk (modern day Iraq) in 2700 BC. This is the oldest written story, period, anywhere, known to exist.
Reactions: Hugo Stiglitz and Gomez Adams

I certainly hope the thieves that took it got theirs.

Odd coincidence. There was a NOVA marathon on TV today and I watched a few episodes. One was on the origins of the Noah's Ark story.

It talked about how the story was actually Babylonian and had been transferred to the Israelites after Babylon sacked Jerusalem and took thousands of Israelites back to Babylon for workers for non-payment of tribute duties.

It also talked about how the Babylonians themselves had watered down the story by way of laziness through the generations to where by the time it appeared in the story of Gilgamesh the ark had obtained a square shape rather than it's original round shape.

They even built a scaled down version of the ship in India. It was quite something.

If I remember the version I read correctly the 'Noah-type' person who is over 1000 years old who recounts to Gilgamesh about how the gods were angry at the human race and decided to send a flood to kill all humans. A trickster-like god (al la loki?) saves the 'noah-figure' from drowning and the gods are angry about it. So that the gods over-all word (about killing all humans) is kept they make the noah-figure a demi-god (hence his long life) so that the gods did tell keep their word and destroy humankind.