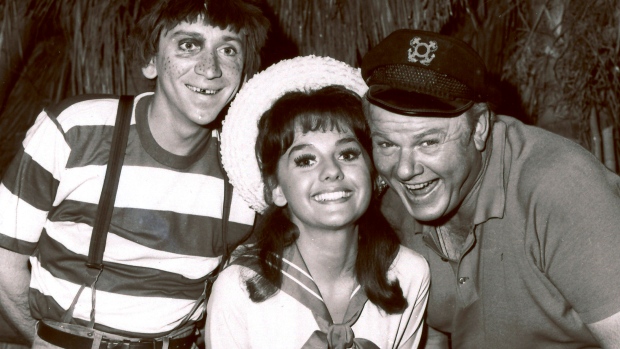 Dawn Wells, who played the wholesome Mary Ann among a misfit band of shipwrecked castaways on the 1960s sitcom “Gilligan's Island,” died Wednesday of causes related to COVID-19, her publicist said. She was 82.

Going to miss those Coconut Pies.
This leaves us only Ginger left.
Reactions: Capitalism_is_Theft
C

Yea, I saw that yesterday.. I did see that. Covid-19 took Mary Ann away.
C

How do you figure to place the blame on all this ?

Does it go back to whom ever started this in China if it was them ? And if they were at fault ? if so ?

And, does it mostly come down to Trump, and the hell he has done to everyone and everything to us here in the U.S. and how it should be more controlled, an stopped now ?

And, who else is to blame ? And, in this case, Capitalism. Yes, I said, "Capitalism" It make's total sense to do so. Because, it bears a damn good bit of the responsibility as well. How many times has Dr. Wolff made a serious compelling argument that Capitalism is to blame for our mess with the virus now here in the US. And, he's right.

How much blame there is to go around.

I"m sure there is more sources to point to.

The 350K about near that are dead now, and yes people like Mary Ann. ( Dawn Wells ) She'll now have an island all her own way up there in heaven somewhere.

You can't "blame" China. Whoever does is a fool of epic proportion. Sure, they tried to keep it out of the news to keep people from panicking.

But once they realized what it was and how dangerous it was they alerted the WHO. They had the symptom lists, the timeline of the typical infection and the complete genetic code of Covid-19 uploaded to the WHO by the 3rd week of December.

But nobody cared. They were all worried about "their economy" and that "shutting down will hurt the economy" so they all did nothing.

Especially the United States. To this day, the federal government has still done next to nothing.

And, if there is to be a “so called conspiracy theory to be made-if-so, I would have to put money on one in the direction of those very people (wealthy and powerful), who have unleashed a virus

like this to collapse the world economic stage to change the dynamics to keep control, of the people, their wealth, the economic balance of power, and ultimate order in their hands at the expense of millions of lives around the

That you can seriously believe in.

This is not a conspiracy theory where a nut job in Nashville loads his RV up and blows and entire city business block up over some stupid “shit theory” about Democrats, the Clintons, the Obamas being lizard people with the rest of Hollywood. ( And, we are still waiting fir the rest of his motives— IF it’s too embarrassing for the GOP, Trump, exposing to the corporate establishment etc. )

Goof balls running around believing they don’t have to wear mask, take a vaccine shot because, they believe it’s the mark of the beast, with microchips, and luminous tracers in your body.

But, I am more inclined to believe my theory, about the wealthy, why?

Well, history. Look at all the wars! Why were they fought behind the scenes? Every time ? Banks! Money! Industry! Capitalism! Wealth! Power! PROFIT $. Always behinds the scenes and at the end! No matter how many millions of people died brutally!!

The wealthy do not care how many people suffer by their decisions. They simply do NOT. They are above anything you can imagine.