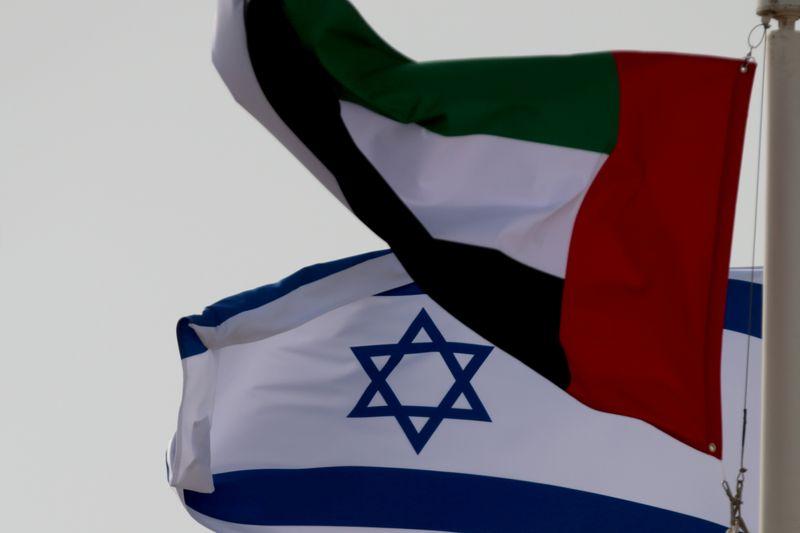 The first United Arab Emirates ambassador to Israel arrived there on ‮M‬onday pledging to build up new bilateral relations and officials said he would scout for an embassy location in the Tel Aviv area.

JERUSALEM (Reuters) - The first United Arab Emirates ambassador to Israel arrived there on ‮M‬onday pledging to build up new bilateral relations and officials said he would scout for an embassy location in the Tel Aviv area.
Click to expand...

That's where the rest of the world is ...

Not sure I'm seeing the end game here. Seems to me each side is setting up spy operations and that's about it.

I have never understood the shithole that is the middle east. They've been in a non stop war since the dawn of time. If they didn't have oil nobody would give a shit.

When I was deployed in Jan 2002 they made sure nobody had an Israeli Visa stamp in their passports. That'd be jail time in certain countries.

That was back when the Israeli's were really alone in the middle east. About the only friend they had in the region was Egypt. Just about everyone else had a bloody nose by the Israeli's back then.

I can remember going to a theatre while on a three day R&R. We (very very ) quietly chuckled at the movie poster showing the IDF as the bad guys against the Palestinian hero's. It was a bit eye-opening to be honest.

I always wondered why instead of creating Israel in the middle of a lifelong enemy they didn't carve out a chunk of Germany/Austria and set up camp there.

All the needless middle east crap could have been easily avoided.

Judea lasted as a Roman province until the failed Jewish revolts resulted in widespread destruction,the expulsion of the Jewish population and the renaming of the region from Iudaea to Syria Palaestina. Jewish presence in the region has persisted to a certain extent over the centuries. In the 7th century CE, the Levant was taken from the Byzantine Empire by the Arabs and remained in Muslim control until the First Crusade of 1099, followed by the Ayyubid conquest of 1187. The Mamluk Sultanate of Egypt extended its control over the Levant in the 13th century until its defeat by the Ottoman Empire in 1517. During the 19th century, national awakening among Jews led to the establishment of the Zionist movement followed by immigration to Palestine.

The land was controlled as a mandate of the British Empire from 1920 to 1948, having been ceded by the Ottomans at the end of the First World War. Not long after, the Second World War saw the mandate bombed heavily and Yishuv Jews serve for the Allies, after the British agreed to supply arms and form a Jewish Brigade in 1944. Amidst growing tension and with the British eager to appease both Arab and Jewish factions, the United Nations (UN) adopted a Partition Plan for Palestine in 1947 recommending the creation of independent Arab and Jewish states and an internationalized Jerusalem. The plan was accepted by the Jewish Agency, and rejected by Arab leaders.
Click to expand...

Essentially the Jewish people lost the lands to Rome but hung around for a couple millennia until the then current owners (the Brits) gave in.

edit: I don't mean to sound so glib but that's the story in a nutshell.

Say what you will about the British, but them giving things back has never worked out well. Israel, Hong Kong, India...

I don't talk about Israel because I have nothing good to say about it and everybody calls me a fucking nazi over it.
Reactions: Hugo Stiglitz

Grimhogun said:
I don't talk about Israel because I have nothing good to say about it and everybody calls me a fucking nazi over it.
Click to expand...

And this is what I mean by eye-opening when I saw the movie poster. It really did make me start to read more about Israel and it's current state of affairs. Where I used to be 100% pro-Israel, I can now say I approach the subject with a degree of distrust especially considering recent history.
Reactions: Gomez Adams

Grimhogun said:
I don't talk about Israel because I have nothing good to say about it and everybody calls me a fucking nazi over it.
Click to expand...