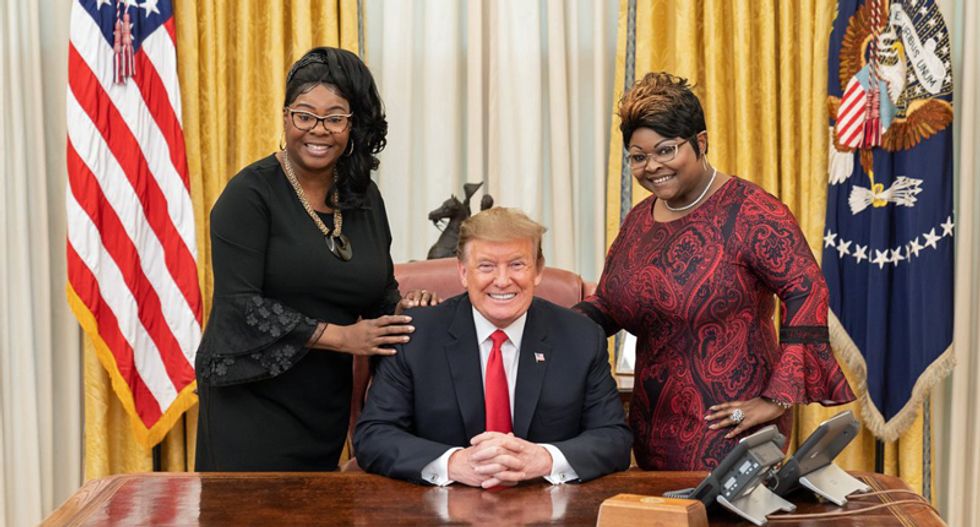 Far-right internet personalities Diamond and Silk were among many dejected supporters of President Donald Trump who whined online after the U.S. Supreme Court rejected the GOP effort to overturn the election."If the Supreme Court can't save our Republic, then where is the Military?" they posted...

Now Ben Carson I would simply call an Uncle Tom but what is the name for the female version?

I haven't the foggiest. They were actually fired by the Trump Campaign some time ago and became irrelevant. Again. Why they're back in it now is beyond me.

I guess in desperation you take any support you can get.
Reactions: Zeedox
C

Do those stupid idiots realize just how many times the democrats would have had more grounds for justification for pulling out the military over what Republicans have done since Richard Nixon committed Treason with foreign powers and with Reagan, Bush Sr., George W; And what Trump has done ( Russia Ukrainian )...etc

They don’t even want to fucking go there with that shit’!