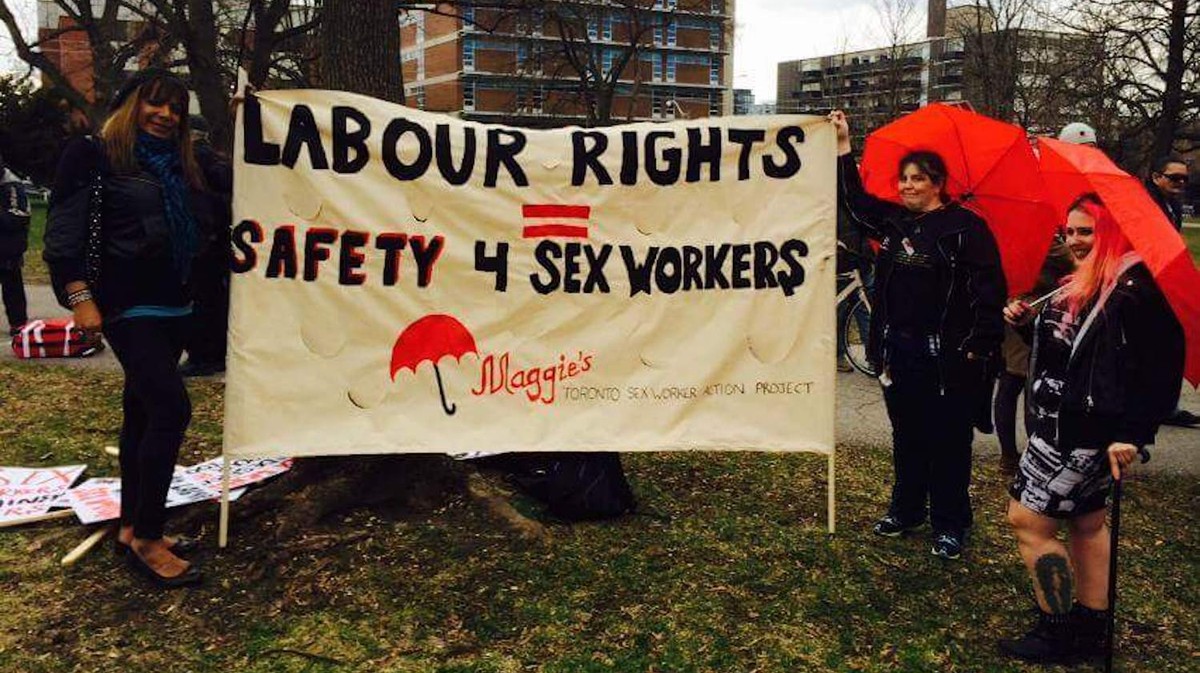 Staff at Maggie’s in Toronto have successfully unionized and sex workers across Canada say they hope it’ll result in a trend that’ll address racism and wage theft in their industries.

Sachi Keller, known by fans as Onyx, is an Alberta-based stripper who says she’s experienced pay-docking and long shifts without breaks. As one of the few Black strippers in the province, she’s also been told to avoid wearing braids, and instead, keep her hair straight, all while club managers say “We’re not racist; we hired you.”
Earlier this year, Keller lost her employment altogether when she spoke out against her working conditions. Specifically, she repeatedly asked one of her employers to stop taking money from her paycheque for a “promo fee.”
“I went on social media and talked about it—look at these deductions—and the next day they fired me,” Keller said.
https://www.vice.com/en/article/qj4...es-in-favor-of-strippers-who-want-to-unionize
So Keller was happy to hear that Maggie’s, Canada’s oldest sex worker organization based in Toronto, has become the first of its kind to unionize in the country under the Canadian Union of Public Employees (CUPE).
Click to expand...

There has to be a lawyer somewhere that would love to sue those assholes into oblivion for illegal deductions.

Staff at Maggie’s in Toronto have successfully unionized and sex workers across Canada say they hope it’ll result in a trend that’ll address racism and wage theft in their industries.

First off the term sex workers made me think it covered prostitution. Anyway this part here is bullshit.

Many strippers across Canada have to go through third-party agencies to book gigs at clubs, so they’re subject to the ways they’re treated by club management and by the agents coordinating their work. When it comes to pay, agencies take a cut, and often, clubs use pay docking as a way to penalize strippers for being late or failing to hit various targets.
Click to expand...

Temp agencies here work pretty straight up. They get you a job somewhere and take a cut of your pay. So if they place you somewhere and you're making 20 bucks an hour you can bet the company you're working for is paying them 25 per hour at least. But the business can't deduct shit from your check at all. You technically don't work for the company you work for the temp agency that placed you. Canadian law is completely fucked up if that sort of bullshit is actually legal.
Reactions: Gomez Adams

Unfortunately, I had to do some research for my daughter when a work place up here tried to penalize her for a $5 drawer shortage. At that time I found out the employer can deduct expenses and penalties etc which have been agreed upon prior to employment.
The only exception I've seen is the employer can NOT make the employee fall below the provincial minimum wage. (my daughter, who was getting minimum at the time, got to tell a shitty boss NO and informed the rest of the employees btw).