On May 15, 1921, the biggest solar storm of the 20th century hit Earth. Around 02:00 GMT that Sunday morning a telegraph exchange in Sweden burst into flames. Across the Atlantic, the same thing was going on in New York. Flames engulfed the switch-board at the Brewster station of the Central New England Railroad and quickly spread to destroy the whole building. During the conflagration, long distance telephone lines burned out in New Brunswick; voltages on telegraph lines in the USA spiked as high as 1000 V; and auroras were sighted by ships at sea crossing the equator. It was a Big. Solar. Storm.
Click to expand...

The outburst happened during the lazy tail end of Solar Cycle 15, an unremarkable cycle that was almost over in 1921. Sunspot numbers were low--but it only took one. Giant sunspot AR1842 appeared in mid-May and started flaring, hurling multiple coronal mass ejections (CMEs) toward Earth. In those days scientists had never even heard of "CMEs," so they were completely surprised when the clouds of plasma arrived.

As one CME after another struck, Earth's magnetic field swayed back and forth, rippling with energy. Fires were a direct result. Physics 101: When a magnetic field changes rapidly, electricity flows through conductors in the area. It's called "magnetic induction." Early 20th century telegraph lines suddenly found themselves buzzing with induced currents. In Sweden and New York, wires grew so hot they ignited telegraph papers and other combustibles.
Click to expand...

I read about that some time ago. I think it was in Popular Science. I remember in that article they were talking about how mass ejections like that actually happen all the time, it's just that it's very rare for one to get hurled right at the earth.
Reactions: Zeedox

Didn't they put a satelite in orbit that looks just for that sort of thing so they can shut down everything before it hits? I seem to remember hearing or reading about it at some point.

Most people know of the Carrington Event but that was 1859(?). That was the one I was familiar with (telegraph caught fire also). This one 100 years ago was new to me.
Reactions: Hugo Stiglitz

Grimhogun said:
Didn't they put a satelite in orbit that looks just for that sort of thing so they can shut down everything before it hits? I seem to remember hearing or reading about it at some point.
Click to expand...

Not that I'm aware of. I think there's a combination of observatories from the United States and the European Space Agency that are dedicated to keeping an eye on them.

At best though, the warning would only be a couple of minutes as the ejection travels very rapidly. If memory serves about the best they can hope for is a 2 minute warning and that's if they see it the instant it happens.
Reactions: Grimhogun

Not sure about 2 mins only warning. CME's themselves take 15 to 18 hours to transit to us (link below). Sunlight takes 8.3 minutes to reach our planet

CMEs travel outward from the Sun at speeds ranging from slower than 250 kilometers per second (km/s) to as fast as near 3000 km/s. The fastest Earth-directed CMEs can reach our planet in as little as 15-18 hours. Slower CMEs can take several days to arrive.
Click to expand...

Imminent CME arrival is first observed by the Deep Space Climate Observatory (DSCOVR) satellite, located at the L1 orbital area. ...This can often provide 15 to 60 minutes advanced warning of shock arrival at Earth – and any possible sudden impulse or sudden storm commencement; as registered by Earth-based magnetometers.
Click to expand...

The UK government believes it would have about a 12 hr notice. 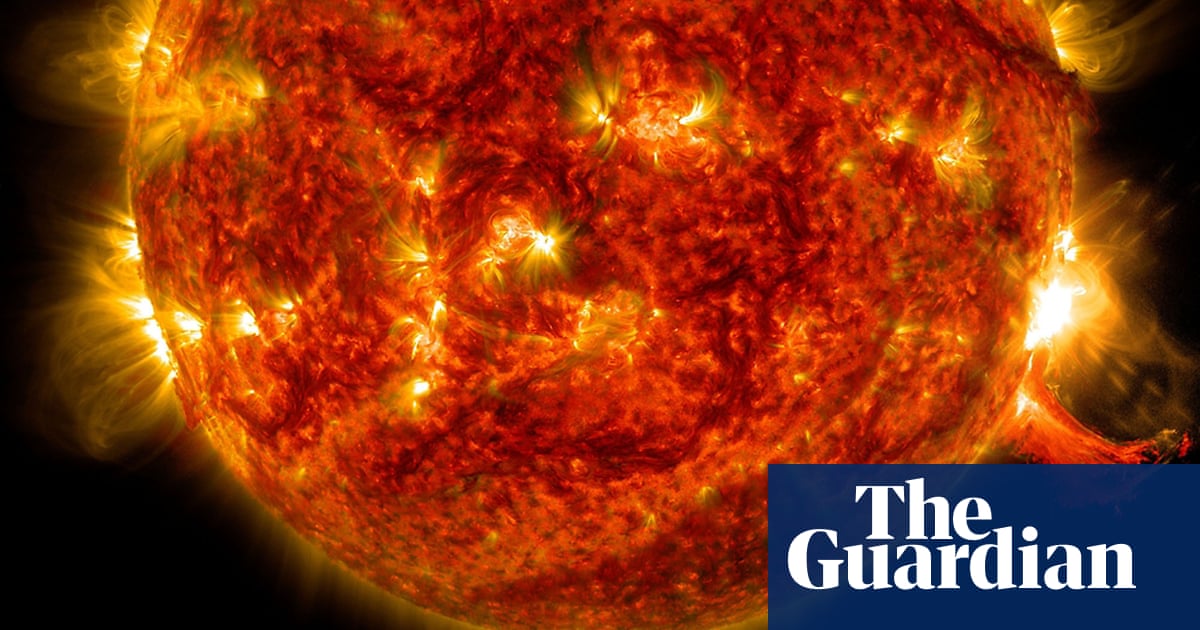 Earth could get just 12 hours' warning of damaging solar storm

UK Cabinet Office report sets out risks of coronal mass ejections from the sun causing power outages, and disruption of GPS and communications

“Most coronal mass ejections are not emitted in the direction of Earth,” the report says. “Those that are typically take one to three days to reach us, and we can predict the arrival time to within about six hours. Predictions are currently less accurate due to degradation in the satellite capability available to forecasters.

“Generally speaking, the faster the ejection, the greater the potential impacts. The Carrington event, for example, travelled to Earth in as little as 18 hours. It is therefore likely that our reasonable worst case scenario would only allow us 12 hours from observation to impact.”
Click to expand...

I thought they traveled at half the speed of light.