The entire Covid-19 debacle has been very rough on the American people, the economy, and pretty much everything else as well. Sports have been cancelled, events cancelled, millions of jobs lost, all within just the last six weeks.

During this time there has been a great deal of finger pointing, blaming and more done by President Trump. Now it seems he’s taking dysfunction out a whole new door by going to war with himself.

Just this past Thursday the 16th of April, Trump released his plan (yes, we know, somebody wrote it for him) to reopen the country. The plan seemed reasonable, simple and straight forward. It’s supposed to be a three phase plan. To review, here it is in a layman format:
All of this of course was pending a steady decline in the number of cases of Covid-19 for a period of at least two weeks with a robust testing system in place.
Sounds reasonable, right? Well, it is and it isn’t. 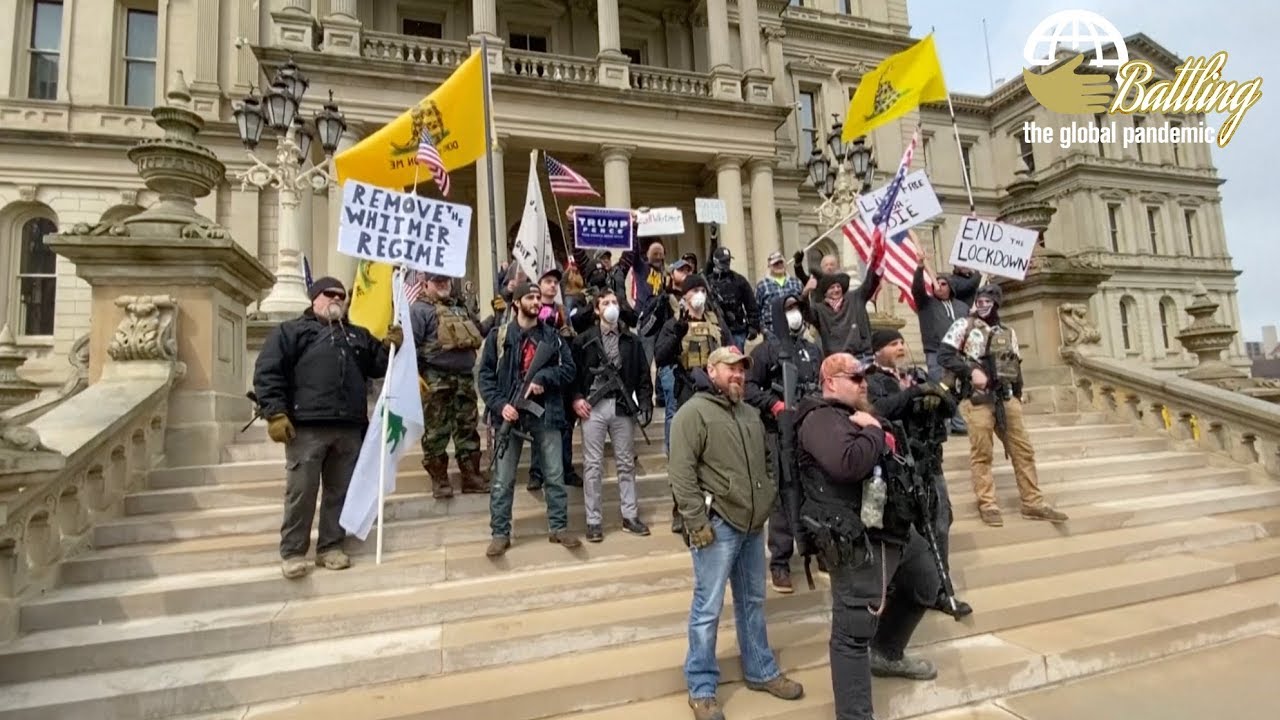 So Trump in his delusional mind sends his base out to protest in groups, without protection, without social distancing, without the decrease in cases that he himself prescribed.

Trump is literally at war with himself. He tells people to do one thing and then tells a select group of people, namely his base, to do the exact opposite.

That horrible part of it all is the fact that Trump, once again for what must be the 20th time by now, shows a complete and total disregard for human life. He doesn’t care if people get sick, he doesn’t care if they die.

Let’s face it, since Trump took office the only thing he’s had to brag about is the economy, which was doing just fine long before he ever took office. Now that it’s in the pits, he has to do whatever it takes to get it going again. To Trump, that’s the only way he’s going to be reelected: getting the economy going again.

The problem is that he doesn’t care how many people have to die to do it. Even Fox News is towing the Trump line on this by downplaying the virus yet again (like they did with Trump from the outset) and acting like there’s nothing wrong. Examples:

The first case of Covid-19 in the United States was posted January 22. That means that right now we’re on week 13 of the Covid-19 pandemic and we’ve already lost 35,433 people.

That’s right, folks. We’ve already lost more people to Covid-19 than the flu of last season in half the time and that’s on top of everything we’ve tried to do to stop it.

Think about that for a moment. I mean, we don’t do anything when the flu comes along. Most of us tough it out, still go to work, still go shopping and even try to get in that movie even though we feel like five miles of bad road.

Now consider if we stop what we’re doing now and go back to normal like Trump is urging his base to do what that number is going to be like another 10 weeks from now.

Even as things are, we’re looking at 60,000 to 90,000 deaths by week 21. That’s at least double what the last flu season was.
So the next time you see a post like that or hear that on Fox News, consider the source and what they’re not telling you. Trump and Fox News war on the truth and against their own recommendations is going to kill a lot of Americans.