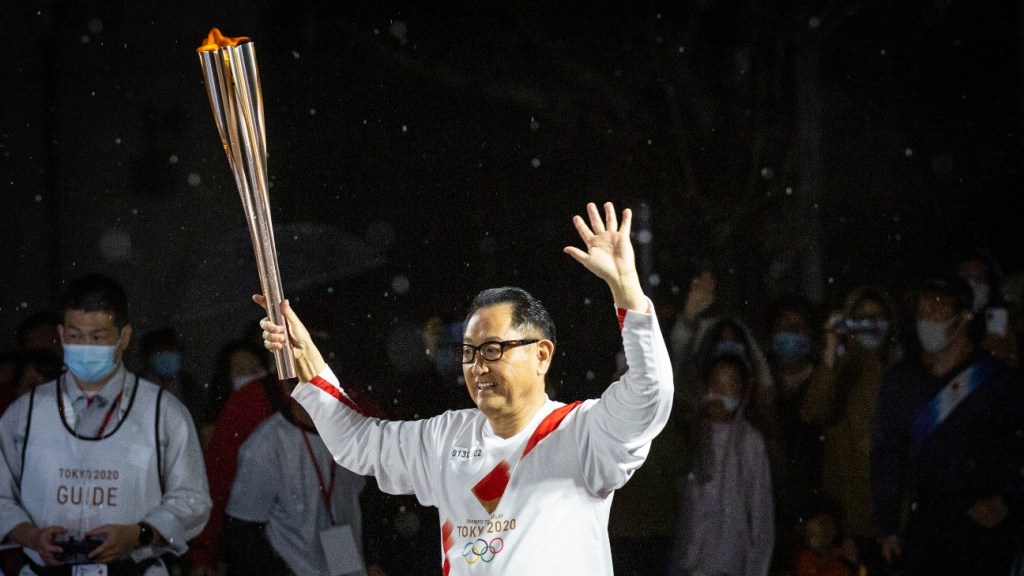 Toyota Motor Corp., a top corporate sponsor for the 2020 Tokyo Olympics, has decided to pull all of its Olympics-related TV commercials in Japan. Japanese media speculated Monday that the decision …

Toyota Motor Corp., a top corporate sponsor for the 2020 Tokyo Olympics, has decided to pull all of its Olympics-related TV commercials in Japan.

Japanese media speculated Monday that the decision was made because the car manufacturer fears association with the troubled Summer Games, which are deeply unpopular in Japan, may tarnish its brand rather than burnish it.

“The Olympics is becoming an event that has not gained the public’s understanding,” a Toyota public relations executive surnamed Nagata told Japan’s daily Yomiuri newspaper Monday. The executive added that Toyota CEO Akio Toyoda and other senior executives would not be attending the Tokyo Summer Olympics opening ceremony on July 23.
Click to expand...

The whole thing has been a disaster. How is Japan only 16% vaccinated? Serious question.

The possibility of Japanese brands bailing from the Games has been a topic of speculation for weeks thanks to the sour feelings many Japanese residents hold towards the event.
Click to expand...

I don't think the Japanese really want it right now either....

Toyota is still catching all kinds of shit here by continuing to give money to republicans that voted against the election results. They're ad department is a fucking mad house of incompetence.

Zeedox said:
I don't think the Japanese really want it right now either....
Click to expand...

They were just talking about that on the news. Seems most Japanese are of the opinion that they can't hold it safely so why bother holding it at all.

But once again it's the money talking. They've spent over a billion dollars so they'll do pretty much anything to try to recoup what they can.

This thing (the Olympics) is turning into a complete debacle. Dozens of athletes are already out for testing positive for covid. Others are dropping out for fear of getting covid.