A local Chinese restaurant owner in San Antonio, Texas expressed his disappointment that Texas had dropped its mask mandate. So, Texans being Texans, they let that fellow know exactly what they thought of him: 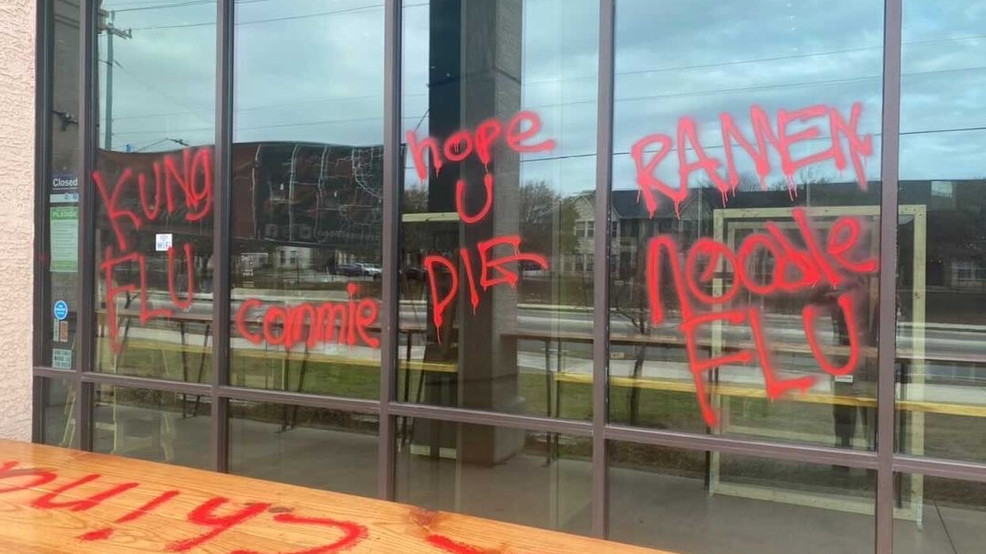 You're not going to scare me,' restaurant owner speaks out after anti-Asian vandalism

SAN ANTONIO - A Northwest side restaurant was tagged with anti-Asian graffiti Sunday morning. The hate speech was a shocking site this morning for Mike Nguyen, owner of Noodle Tree on UTSA Blvd. An employee of his first discovered the anti-Asian hate speech that was sprayed all over the outside...

I was going to say isn't 'Nguyen' of Vietnamese origin (and it is) but then Wiki added to my knowledge.

The prevalence of Nguyễn as a family name in Vietnam extends to outside the country, due to numerous and widespread Vietnamese emigrants. Outside Vietnam, the surname is commonly rendered without diacritics, as “Nguyen”. Nguyen is the seventh most common family name in Australia (second only to Smith in Melbourne phone books), and the 54th most common in France. It is the 56th most common surname in Norway and tops the foreign name list in the Czech Republic.
Click to expand...

But really, fuck Texas in general and their beef. Is there some sort of secret Jack-Ass of the Year award I am unfamiliar with in the US?
Reactions: Hugo Stiglitz and Gomez Adams

Zeedox said:
But really, fuck Texas in general and their beef.
Click to expand...


Zeedox said:
Is there some sort of secret Jack-Ass of the Year award I am unfamiliar with in the US?
Click to expand...

Not that I'm aware of, but there really should be. It would be dominated by the southern states, I'm sure.
Reactions: Zeedox