And then this photo passed by:

For those who don't recognize the picture, it is one of the last American evacuation helicopters on the roof of a building in Saigon as North Vietnamese soldiers enter the capital and South Vietnam starts to finally fall.

I remember vividly watching this on the TV news as a teen. Watching overloaded helo's being dumped from aircraft carrier decks to make room for the other choppers arriving. My Mother's side had relatives who had actively served recently.

Far, far stranger was three years ago my wife and I were welcome as tourists in Ho Chi Min City (formerly Saigon). In fact later that same year a cousin who had actively served had also returned as a tourist on his cruise. We did pass by that building and it was pointed out by the guide. Later our tour stopped at Independence Palace. There is at least one fully restored T-54 from the group that finally entered the grounds.

I posted that same picture on Twitter earlier today in response to the picture of the helicopter on the roof of the embassy in Afghanistan.

I've had to turn off most things today as everyone is trying to blame Trump for this absolute debacle of a withdrawal.

I just can't stomach anymore of it today.

They were clinging on to a C17 as it left. You can clearly see someone fall to their death on takeoff.

There are reports elsewhere this morning of multiple bodies landing on houses after loosing grip on an external aircraft part after take-off.
Reactions: Hugo Stiglitz and Gomez Adams 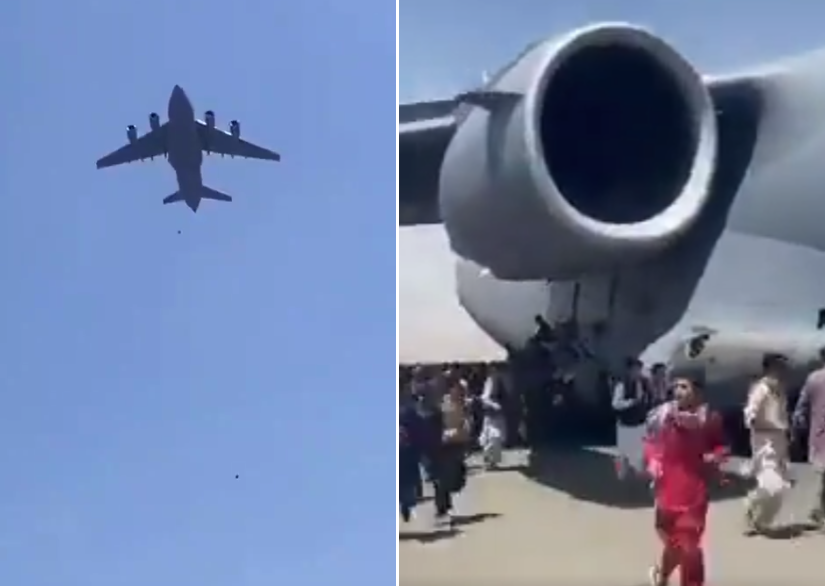 At least three Afghan civilians died after clinging on to the aircraft's landing gear in a desperate attempt to flee their homeland.

20 years thousands of lives trillions of dollars and all we did in the end was leave the Taliban some really good high end equipment. They now have more Blackhawk helicopers than the entire Australian army. What a fucking catastrophe.
Reactions: Grimhogun and Gomez Adams
You must log in or register to reply here.
Share:
Facebook Twitter Reddit Pinterest WhatsApp Email Share Link
Top Bottom