Keeping it classy in Nebraska

neck tattoo and all and a fine upstanding citizen of the great state of Nebraska was busted for possession of marijuana with intent to distribute last year. The bastard was out on probation but didn't do the shit he was supposed to do so a warrant was issued for his stupid ass back in March.

In typical dumbassed neckbeard Nebraska style this stupid fuck was driving around in an old beat up 2002 Buick with broken shit on it so the cops went to pull it over and surprise surprise he took off running. Bastard made it as far as Missouri before they finally got him. News report said they reached speeds in excess of 90 mph.

I'm not sure what the more amazing thing about this story is. That they were stupid enough to ever let a fucking moron like this out on probation to begin with or that his old 2002 fucked up Buick actually made it to 90 mph. 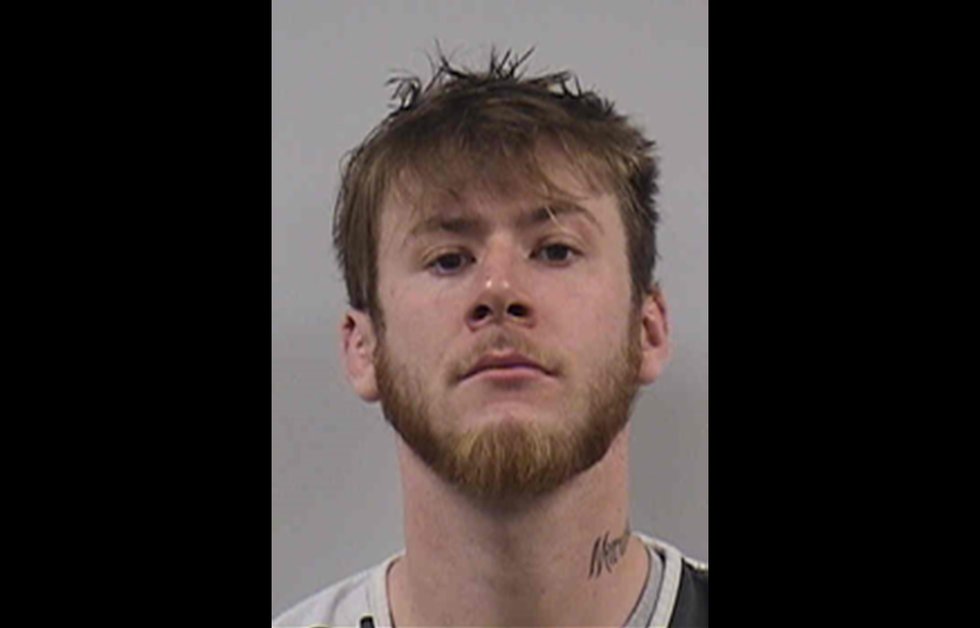 Fremont County Sheriff’s deputies arrested a man they said evaded deputies as they attempted to pull him over early Wednesday morning.