'I hate to use this language:' Marjorie Taylor Greene suggests it's time to use 'Second Amendment' on Democrats 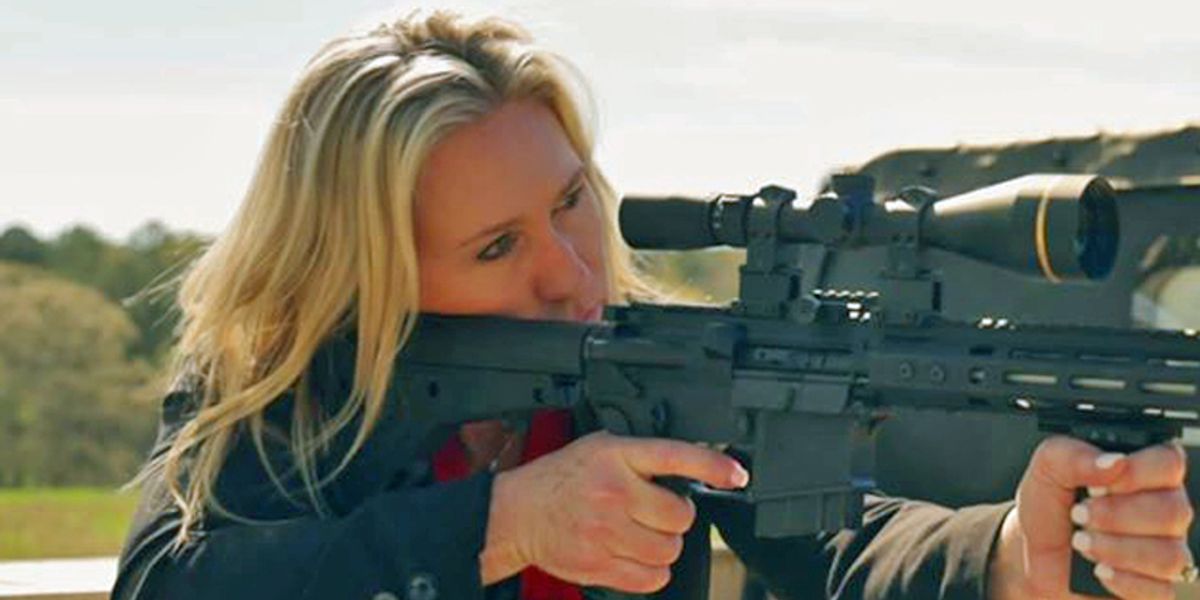 'I hate to use this language:' Marjorie Taylor Greene suggests it's time to use 'Second Amendment' on Democrats

Rep. Marjorie Taylor Greene (R-GA) on Tuesday floated resorting to using the "Second Amendment" to deal with Democrats who are imposing what she described as a "tyrannical" government.While speaking with right-wing media personality Sebastian Gorka, Greene slammed Georgia Democratic...

Rep. Marjorie Taylor Greene (R-GA) on Tuesday floated resorting to using the "Second Amendment" to deal with Democrats who are imposing what she described as a "tyrannical" government.
Click to expand...

Is there a 25th amendment equivalent for crazed congressional members?

Zeedox said:
Is there a 25th amendment equivalent for crazed congressional members?
Click to expand...

Yes. It's the 14th amendment. It's presently being used against Madison Cawthorn of North Carolina (the paraplegic that beat up a rotted tree and does the same ridiculous shit MTG does) to prevent him from running again.

Section 3 of the 14th amendment:


No person shall be a Senator or Representative in Congress, or elector of President and Vice President, or hold any office, civil or military, under the United States, or under any State, who, having previously taken an oath, as a member of Congress, or as an officer of the United States, or as a member of any State legislature, or as an executive or judicial officer of any State, to support the Constitution of the United States, shall have engaged in insurrection or rebellion against the same, or given aid or comfort to the enemies thereof. But Congress may by a vote of two-thirds of each House, remove such disability.​
​
So what 11 people in North Carolina have done is file suit with that (the yellow highlighted part) as their argument to prevent Cawthorn from running for reelection. The funny part, which is actually sad, is that by the time it works its way through the legal system the election will have already taken place. In fact, the 2024 election would probably have already taken place. That's how slow our legal system moves.