I was going to put this in the 'Deserved' thread, but there's just too much. This woman (and I use the term loosely) is so bad she deserves her own thread.

This anti-Semitic, racist bitch owns a hat store in Tennessee called Hatwrks. (Yes, it's spelled that way. Consider the source.) It was actually a popular business doing quite well until she decided to jump on Marjorie Taylor Green's bandwagon.

MTG has been comparing getting vaccinated or the push to get people vaccinated to being a Jew during the holocaust. Yes, it's ridiculous on a level that's difficult to put into words and has been widely condemned by just about everybody.

Everybody except people like Gaskins, that is. She decided to make replica Jewish stars with "Not Vaccinated" on them and sell them for 5 dollars each.

The backlash was pretty rapid. People started protesting and major hat brands started dumping her. Stetson, Dorfman Pacific, Goorin Bros., kangol_headwear, New York Hat & Cap Co., and other hat makers have all severed ties with her. Needless to say, business is suffering pretty bad with nobody supplying her hats and a nearly 'round the clock protest outside her business.

So with all of that on her plate, what does she do? She doubles down and goes after Black Lives Matter. 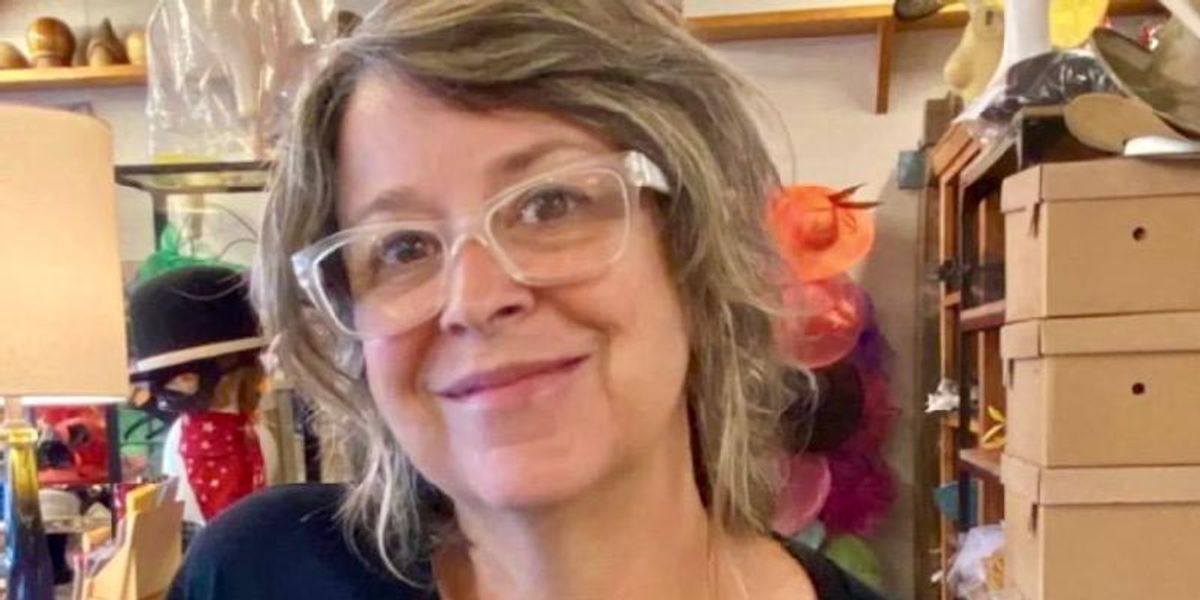 A Trump-loving, QAnon-promoting, anti-vaxx, anti-mask Nashville hat store owner who boasted she had "one of the largest selections in the world" is finding brands speaking out against the antisemitic yellow wearable "not vaccinated" stars she posted and cutting ties with her business, which she...

She's touting QAnon, Trump, MTG, pretty much every toxic entity you can find in the United States as her "facts". In her issued 'apology' posted on Instagram, she rambles on in a self serving manner that looks as though a child typed it.

So batshit crazy it defies belief.

What's worse is that the better part of 30% of Americans think exactly the same as she does. Then of course we have three star generals advocating for insurrection, LITERALLY, and the entire thing is being completely ignored by the Biden administration.

The same exact thing happened in Germany after Hitler's failed coup. Nobody did a thing. Everybody just went back to business as usual just like we're trying to do now.

We all know what happened after that, don't we? And we're sitting here watching it happen now exactly as it did then all over again.
Reactions: Grimhogun, Hugo Stiglitz and Zeedox

She made international news. Along with the rest of the trump representatives...
Reactions: Grimhogun and Gomez Adams

You know what though? It's like all those people comparing shit to cancer. It's the same damn thing. They act like it's all nothing. Standing in line was like the holocaust. The price of the tickets was cancer. Bunch of fucking morons have no fucking clue what either is like. Then they're the first ones to cry like bitches when they get covid or go to jail because of their fucking attitude. I hope the bitch goes bankrupt. She fucking deserves it.
Reactions: Grimhogun, Zeedox and Gomez Adams

I'd love to slap that fucking smug look off her face. Racist bitch!

Grimhogun said:
I'd love to slap that fucking smug look off her face. Racist bitch!
Click to expand...

You'd go to jail. And she's a bitch so that's off limits dude.

Hugo Stiglitz said:
....And she's a bitch so that's off limits dude.
Click to expand...