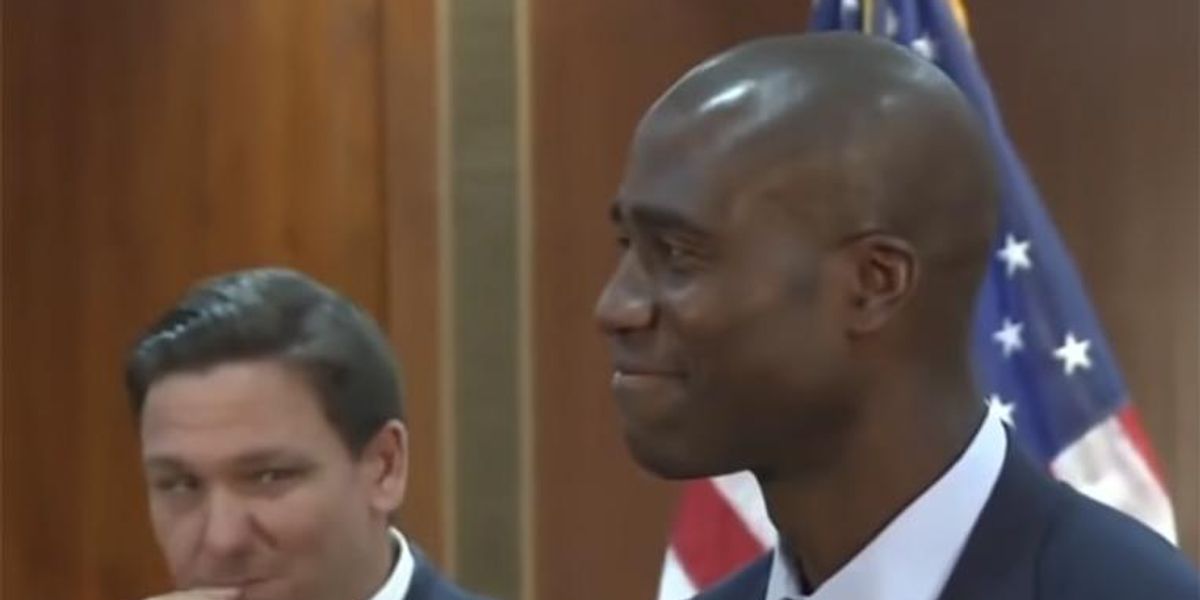 According to a report from Christine Jordan Sexton of Florida Politics, Florida's newly-appointed Surgeon General Joseph Ladapo was asked by a state senator to leave her office after he and his two aides refused to put on masks.Lapado, who has already been accused of spreading Covid-19...

Lapado, who has already been accused of spreading Covid-19 misinformation, showed up at the Tallahassee office of State Senator Tina Polsky (D) as he made the rounds to meet with my multiple lawmakers. However his meeting with Polsky never happened after he and his legislative aides refused to put on masks to protect her even after she informed them she is immunocompromised.

According to Jordan Sexton, "Sen. Tina Polsky, who was diagnosed with stage 1 breast cancer in August, asked state Surgeon General Joseph Ladapo and his two legislative aides to leave her office after Ladapo refused to comply with her request to put on a mask."
Click to expand...

An Uncle Tom and an asshole!
Reactions: Hugo Stiglitz and Gomez Adams

The "my personal freedom trumps your right to live" crowd.

There truly is no bottom.

Um, your fucking personal freedom ends when it touches/endangers me. Physically or medically.
Reactions: Gomez Adams

In the rational world, yes. You're absolutely correct.

But this is the United States: Land of the Qanon follower, Home of the Conspiracy Theory.