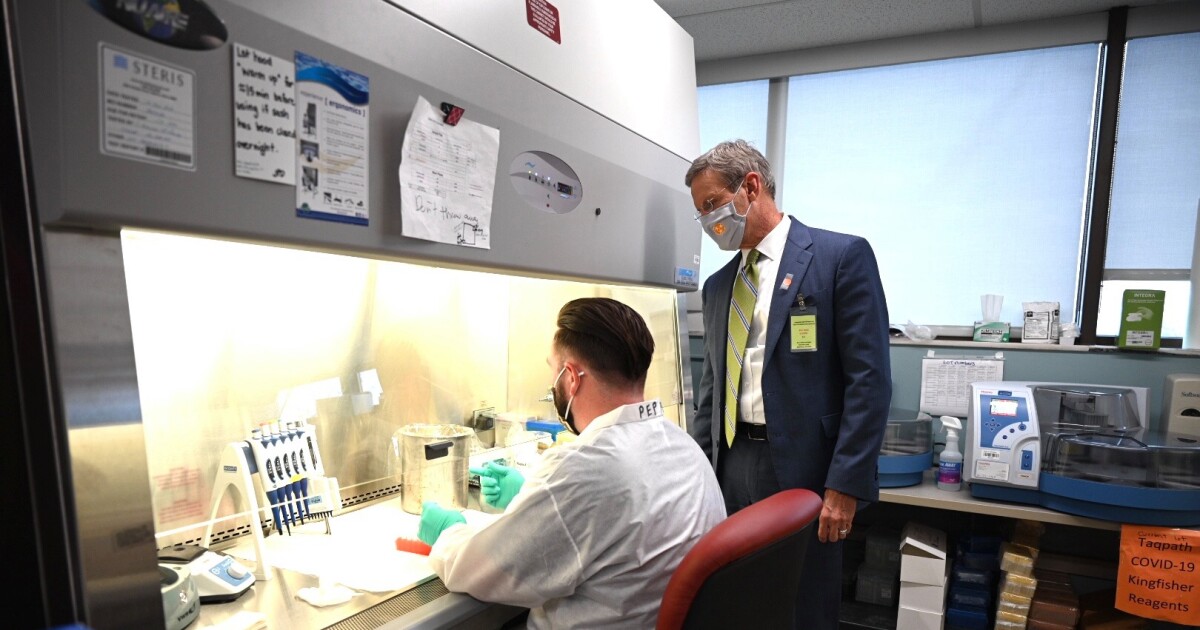 Tennessee Gov. Bill Lee's team wasted millions of dollars on COVID-19 testing promised by a politically connected company - and taxpayers got nothing for their money, an exclusive NewsChannel 5 investigation has discovered.

Another dumbass republican who needs to be booted from her job.
Reactions: Capitalism_is_Theft and Gomez Adams

Somebody, or several somebody's, are going to jail over that.
Reactions: Capitalism_is_Theft

I hope so.
Reactions: Capitalism_is_Theft

There are people still going to jail here over our last mayor of Atlanta, Kasim Reed. I think the tally is at 23 now and climbing. Our overall government is corrupt, but the city of Atlanta took it out a whole new door under Kasim Reed. Even the Feds are in on the act sending people to jail.
Reactions: Capitalism_is_Theft and Zeedox
C

They guy in the video Jeff Yarbro ( D ) I stood next to him about 2.5 years ago in Nashville in the main building during Lobby Day. He fights the Republicans like a junkyard dog. And, that's saying something, given that Tennessee has a Republican Super Majority in this state I live in. We were there that day me and about 45 of our other fellow union members broken down into teams of 4 going to each office of both Republican and Democratic Congressman and State Senators to lobby for things we needed for our work units where we work.

Let me tell you something, you want to learn what politicians are really like ? Go into their office on lobby day. And, while your wating outside, look their profile up on your I phone before you walk in. It gives you clues before hand. Especially, the Republicans !!

The Republicans live up to their Reputations like a Royal Flush, just about most of them. I would say, you might find 25% that will/maybe work with you (oddly), depending on how you sell it to them the right way ? 3 Republicans we walked into their office, were exactly as we predicted, ( Assholes! ), complete jerks, full of themselves, and rude even, you would even see the people ahead of you come out with depressed looks on their faces.

When, you would go to a democrat,, "Oh hell, that would grab you by the wrist, pull you into the damn office !! practically throw you into the chair, "Hey how it's going man!/Mamn how are you !! What can we do for you!! What do you need, and how can we make that happen !! " Total change of attitude, and how can we fight for you? Night and day !! They are delighted to see you, no matter what your cause is.

Anyway, Yarbro saw we had a cause, and he wasted no time called Channel 5 Channel 4 on the spot !! Get those damn cameras in here !! Yal, get up on the steps !! Good, got a talking points sheet! excellent.

The Republicans came walking by, oh god they resented it. You could see in their eyes, "Damn democrats"

Gov. LEE that SOB is a corrupt as they come. Hell, is the the LEE Company. HE has no business even being Gov of this state.

Sen. Marsha Blackburn (R) that Trump bot, has not business being Senator of this state either.

yea, this state has corruption in it.