Can't even go to a ballgame anymore. 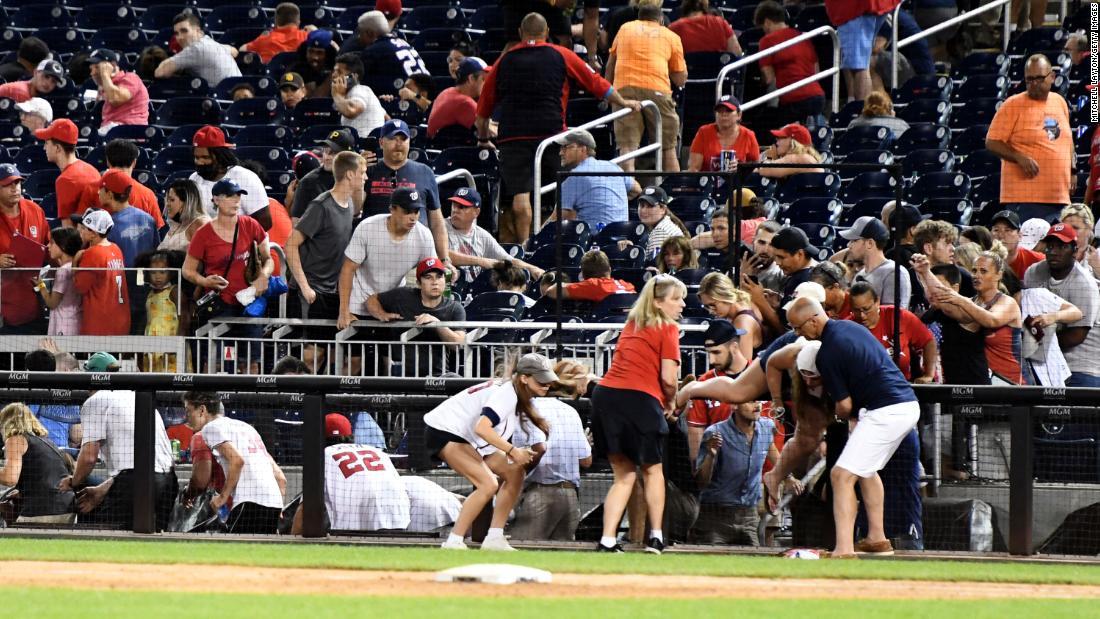 Three people were injured in a shooting Saturday night outside Nationals Park in Washington, DC, sending baseball fans and players scrambling during a game, police said.

There had been reports of shots on the news last night but not that anyone had been hurt.

From what I read it was a drive by outside the stadium and everybody fucking panicked and ran outside to where the shots were. Fucking stupid herd of idiots.

That's pretty much it, but acoustics are a funny thing. The shots were bouncing off parts of the stadium to where it sounded like it was coming from inside the stadium itself.

The same thing happened in the Las Vegas mass shooting: the sounds from him firing from the 20th floor were bouncing off all the other tall buildings around so that nobody could really tell where the shots were coming from.

I'm actually amazed at the lack of acoustic-sniper location technology in your cities.
Reactions: Gomez Adams

Zeedox said:
I'm actually amazed at the lack of acoustic-sniper location technology in your cities.
Click to expand...

I remember seeing that in action in London in a video.

But the richest, most powerful nation on earth wants to give police tanks and automatic weapons, not useable technology.

Report: Cops Have Been Pressuring ShotSpotter to Alter Evidence

A new report from Motherboard suggests that, in multiple instances, police departments have exerted pressure on AI-driven gunfire detector firm ShotSpotter—pushing the company to alter evidence against specific suspects, often to bolster the legal cases against them.

ShotSpotter sells a popular automated system that uses acoustic sensors and algorithms to help police detect gunfire in targeted geographical areas. The firm, which launched some 25 years ago, describes itself as a “leader in precision policing technology solutions that enable law enforcement to more effectively respond to, investigate, and deter crime.” In recent years, the company has proliferated throughout the country, contracting with more than 120 different cities. Increasingly, its data is used in court cases to place suspects at or near the scene of crimes, and the company claims that its evidence has been used in close to 200 court cases.
Click to expand...

hehehehehehehe Uncle Sam is listening to you....
Reactions: Hugo Stiglitz and Gomez Adams

Oh wow. Well, that completely screws every single case that software was ever used in. You can bet every single person that evidence was used against will either have their cases overturned outright or get a new trial sans that evidence.