Biden ousting staffers for pot use -- even when they only smoked in states where it's legal: report 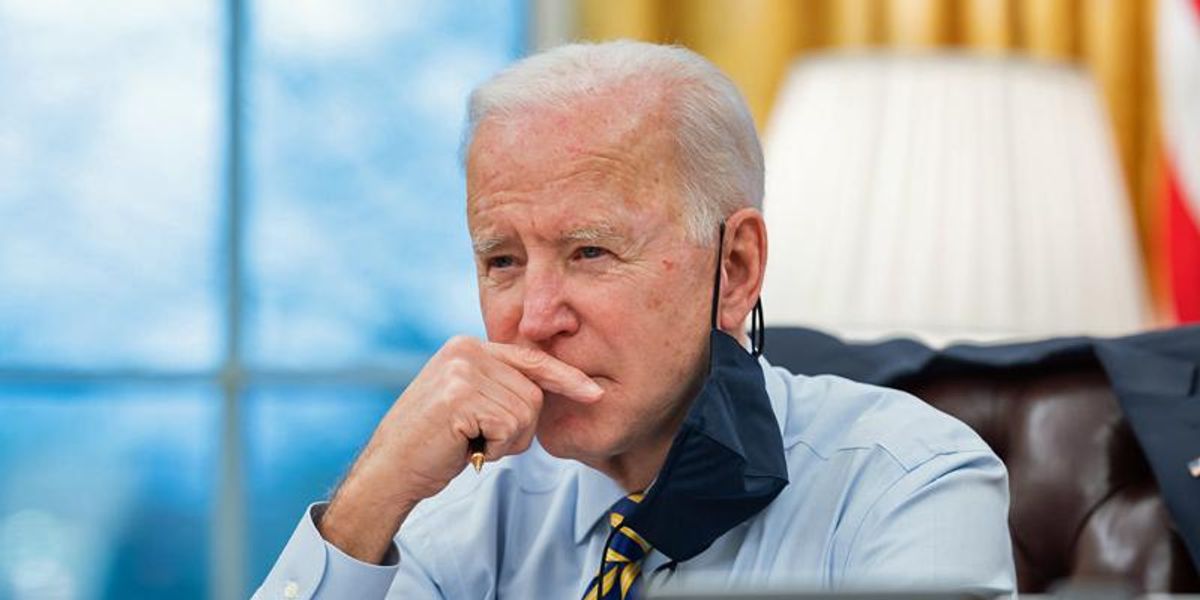 Biden ousting staffers for pot use -- even when they only smoked in states where it's legal: report

Joe Biden's commitment to staff his White House with the best people possible has run head-on into his decades-long support for America's war on drugs."Dozens of young White House staffers have been suspended, asked to resign or placed in a remote work program due to past marijuana use...

"Dozens of young White House staffers have been suspended, asked to resign or placed in a remote work program due to past marijuana use, frustrating staffers who were pleased by initial indications from the Biden administration that recreational use of cannabis would not be immediately disqualifying for would-be personnel, according to three people familiar with the situation. The policy has even affected staffers whose marijuana use was exclusive to one of the 14 states—and the District of Columbia—where cannabis is legal," The Daily Beast reported Thursday evening.
Click to expand...

Sorry about the source - it's the only one I could find

This one's going to cost votes and reputation.

The republicans are going to have a field day with decriminalization while the 'de-criminalizer' wont hire past users.

You don't use pot while you're working on federal property. Full stop.

Nobody cares where you drank, you don't get behind the wheel of a car after you drank.

Nobody cares where you smoked the pot, you DO NOT walk into, let alone work on, Federal Property with it in your system. It's against the law.

I'm not talking current use.

Dozens of young White House staffers have been suspended, asked to resign or placed in a remote work program due to past marijuana use, frustrating staffers who were pleased by initial indications from the Biden administration that recreational use of cannabis would not be immediately disqualifying
Click to expand...

"Past" being the qualifying word here. If they've stopped, tests can prove that they did.

No one's advocating for current workers to be using in safety positions but even up here the feds can't stop you unless there's a safety issue.
Shit, even the military up here has already designated non-use positions but they've also realized some positions are not affected by outside work use. Combat arms, for instance, can use unless going on deployment or live fire exercises all of which are given advanced notice to be able to clear the system. Everyone is checked before being deployed. Safety issue positions (aircrew, ground crew, weapons, medical, etc) have strict guidelines and testing.

Having smoked pot from time to time I don't think I'd even bother trying to apply to work at the white house. I mean think about it. If you fuck up at the white house and it comes to light you were a pot smoker it's going to create a world of shit. And it's not going to make a fat rats ass when you smoked it.

The headline will read POT SMOKER FUCKS UP STATE DINNER AT WHITE HOUSE and that headline is all anybody will care about.

Zeedox said:
I'm not talking current use.
Click to expand...

I'm aware of that.

There are still rules on prior use. If you are applying for a position that requires security clearance, which most White House positions do, then there's up to a 7 year limit.

What's more, according to the article, most who were fired "may" have lied on their paperwork and it was caught during the FBI background checks.

Someone says the last time they smoked pot was 8 years ago but there they are on Facebook smoking a joint last summer, yeah. They're fired. Immediately.

Ok, guys, as usual the media blew things COMPLETELY out of proportion to sensationalize things to sell clicks. Here it is straight from the press secretary just over an hour and a half ago:

Jen Psaki: We announced a few weeks ago that the White House had worked with the security service to update the policies to ensure that past marijuana use wouldn’t automatically disqualify staff from serving in the White House. As a result, more people will serve who would not have in the past with the same level of recent drug use. The bottom line is this: of the hundreds of people hired, only five people who had started working at the White House are no longer employed as a result of this policy.

Better but it still sounds draconian. You already have several states who not only have legalized (yes I understand cannabis is fed territory) but have moved to remove those charges from people's records.
Sooner or later you'll have to come to grips that an elected official (please dont faint) has used cannabis already. And once the feds do legalize it (tax dollars, millions, billions of 'em) there's nothing to stop a sitting official from enjoying a legal substance.

Again, there's a difference between something being legal and what you can do in the workplace.

Alcohol is legal. Show up with alcohol in your system at work and you will not only instantly be fired, you can be prosecuted for it depending on your job.

Marijuana is no different. If the place you work prohibits use of marijuana and you use it and it's detected, you're gone. No ifs, ands or buts. And there is nothing on earth you can do about it.

Use on the job is different from off the job.
And if your job is designated as a position where alcohol/drug use not allowed within "x" days (or while employed as) like aviation, oil rigs, truck driving, train engineer, police, etc sure there's a case.
Unfortunately you cant make every job a 'designated' position here. Even smell is no longer 'just cause' (unless of course you're living strictly in a work camp type environment) as you may have passed through someone consuming or been around a grow.

Zeedox said:
Use on the job is different from off the job.
Click to expand...

The company has the right to require you not use drugs to work for them if they wish. After all, when you're using drugs they have no way of knowing when and where you're using them.

The company liability is simply untenable to tolerate any drug use. You crash a fork lift and you test positive for marijuana, the company is going to be sued clear to Mars for employing a drug user.

That's how it is in the United States.

Not up here. Companies have to prove the safety implications now pretty much unless the government has it mandated within an existing legislation.
A lot changed with legalization. The local McDonald's, Walmart, national Drug Mart or Mom and Pops can't just order a test or even make it a condition of employment unless your in something like the pharmacy.
You must log in or register to reply here.
Share:
Facebook Twitter Reddit Pinterest WhatsApp Email Share Link
Top Bottom